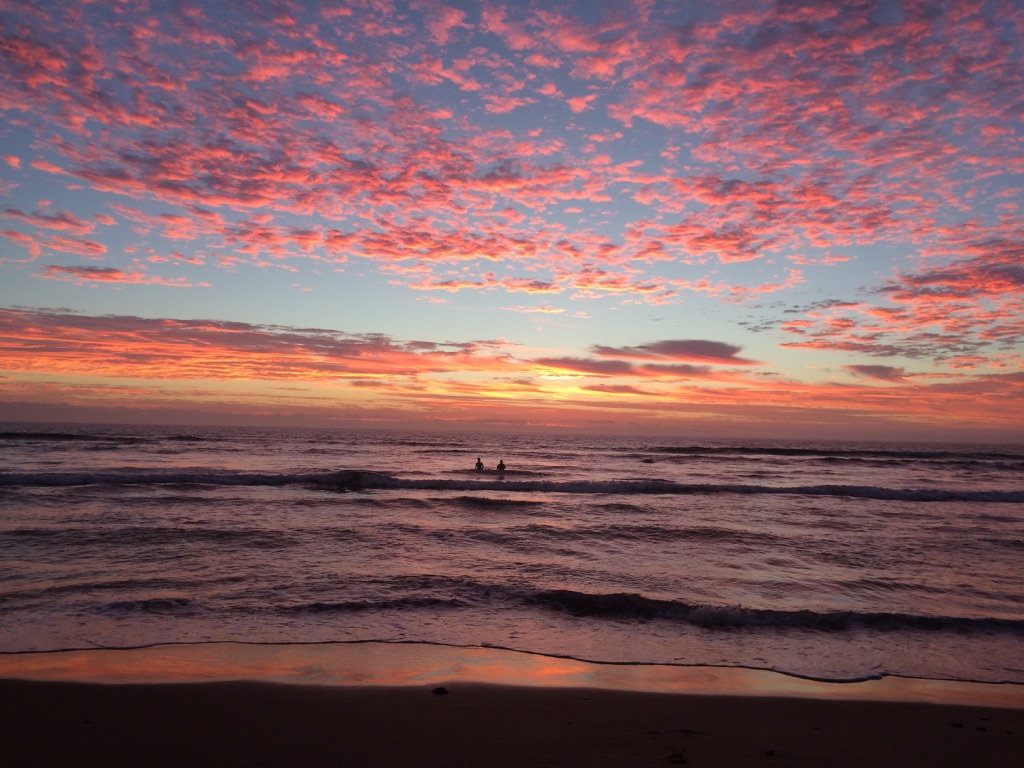 The third skill for living an authentic life is to do with the mind. I have written extensively about the mind in my book Holistic Medicine so today I am going to just go over some of the basics.

The mind is made up of two parts that I call the right and left side; these correspond roughly to the right and left sides of the brain. The left side is the rational, logical part of our mind and the right side is the intuitive side. The two sides think in two different ways but we have got so used to the incessant chatter of the left side that we forget to pay attention to our intuitive side. Or sometimes we rely too much on our intuition without using our logic.

The left side thinks in words and sentences and follows thoughts in roughly a straight line; this is what makes it logical. Our left side is very useful for solving logical problems and we shouldn’t forget this. It can’t however solve more complex problems that aren’t logical in many ways. Here we need to use our intuitive side. The intuitive side doesn’t think in words but often in images or symbols and often we aren’t aware of it thinking at all, it simply pops the answer to our problem into our awareness.

To help solve our more complex problems we often need to pay more attention to our intuitive mind. This doesn’t mean we discard the logical mind but we don’t try to rely solely on it for problems that don’t have a logical answer. How do we know when something requires an intuitive insight or answer? Usually it is that chaotic process or problem that we get stuck in. Our logical mind is going a million miles an hour trying to figure out the answer and we feel like we are going crazy with all the thinking. This usually means we are caught in the middle of chaos and the only way out is to tap into our intuition.

To do this we may need to spend time trying to help quiet the logical side of our mind – we can do this through meditation and relaxation or we can do it through occupying the left side with a logical task. This might mean distracting it with a puzzle or using it to identify what parts of the problem can be helped with logic.

To tap into our intuition there are many tools we can use such as tarot, runes and oracle cards but often when we bring some quiet to our left brain, the right brain can be heard. The answer may come in meditation or relaxation or in our dreams. But it doesn’t come by thinking more about the problem.

Some times we might rely too much on our intuitive side and stop paying attention to our logical side. This can lead us into problems as we are out of balance if we don’t bring the two sides together. The two sides of the brain are designed to work together and we should never rely on either side in isolation. We can use the logical side for logical problem solving and the intuitive side for providing answers to more chaotic problems.

Both sides are also involved in the creative process with the intuitive side often coming up with unique and seemingly spontaneous new ideas. The left side then tests the ideas for strengths and weaknesses and helps refine them. As we learn more about how the sides of the mind work we can begin to pay more attention to the power of logic and intuition in our lives.

If all this sounds very confusing I go into much more detail in my book Holistic Medicine and that might be helpful to read.

Disclaimer. This web site is for research and entertainment purposes only. The information given in this site is not intended to replace a therapeutic practitioner relationship

The way you think

The left side of the brain thinks in logical, rational ways. This is what some people call our intellect. It breaks problems down into parts (called reductionism) and seeks to solve problems by examining the parts. It thinks in black and white terms, right and wrong, good and bad (called dualism). Left-brain thinking is called rational thinking (this is also known as linear thinking).

The right side of the brain thinks intuitively, in wholes, in systems (called holism). It thinks creatively, laterally, imaginatively. Right-brain thinking is called intuitive thinking (also known as non-linear thinking) and it is not logical.

Our thinking appears to be done by our left brain; we think in words, we have a train of thought expressed in words and sentences. These thoughts lead onto other thoughts in a linear fashion and we reach a conclusion. Or the thoughts go round in circles and we get confused. This is all left-brain thinking (of course this is an oversimplification).

Our right brain thinks in a different way. The right brain seems to come up with an answer suddenly. It doesn’t use the left brain’s linear processing to find the answer methodically and logically. Rather, it synthesises all the information in a different way and seems to then suddenly know the answer to a problem, or it suddenly grasps an issue and understands it. As the right brain doesn’t use words and sentences to think, we often assume it is silent, but it just uses a different process to the left brain.

Neither hemisphere can think in isolation; they are joined primarily by a structure called the corpus callosum, a network of connections that link both hemispheres. The distinction between the two sides is partly academic but it helps us understand the two different processes that occur in our brains. Where they occur anatomically isn’t very important for most of us.

Conventional scientific thought uses both sides of the brain but believes that the left side is superior. Science and medicine believe that reductionism and dualism are a superior way of thinking and working out problems compared to holism. They believe truth is to be found in logic and rational analysis.

As individuals and as a society (which includes medicine), what is needed is not a greater reliance on either side of the brain but the ability to use both sides together and also to use either side in the way it works best.

The left side works best for analysing and logically sorting out problems, by reducing the problem into parts and analysing the parts. The left brain can’t conceptualise the whole thing except by looking at the parts.

Most of us in Western society are out of balance (too left brained) and the reason for this is because it is what we have learnt. We have learnt, in the past few centuries, to use our logical rational brain over our intuitive non-rational brain.

Neither the left-brain process of rational thinking nor the right brain’s intuitive thinking process is right or wrong. They are just different ways of reaching answers.

It is important to understand this difference between linear (left brain) and non-linear (right brain) thinking processes because it is where we often repeat our mistakes and get stuck in the same patterns of behaviour.

Many problems can be solved with linear thinking, but they have to be linear problems. Most of our problems, and certainly those we usually get stuck in, are non-linear or chaotic. No-one can work them out with their left brain. Many people think they are stupid because they can’t work out their problems. They go to a doctor or counsellor because they think such people are smarter.

The problem isn’t smartness or lack of it; it is due to our reliance on a part of the brain that simply cannot solve these problems. The left brain cannot under any circumstances solve a non-linear problem. It is like trying to use a calculator for word processing, or a screwdriver to knock in a nail. It’s just the wrong tool.

Our life is always trying to teach us this. When we find our brain going round and round in circles and not getting anywhere, we can be pretty sure our left brain is trying to sort out a non-linear problem. It goes in circles but it never gets anywhere because the problem is not solvable through linear thought. The left brain can play a part in helping us through such problems but it cannot reach a solution by itself; it needs the help of the right brain.

Once we have learnt this lesson then we can turn to the part of our brain specifically designed for these non-linear problems, the right brain.

This is where we really enter the culture of the holistic because it is here that we change our belief system. We begin to believe that this process of right-brain thinking is the way to solve our non-linear problems. When I say solve I don’t mean in a left-brain way, I mean in a holistic way.

The answers from our right brain will not come to us by sitting down and thinking about the problem. Thinking, as we have come to know it, is how we define left-brain processing. Right-brain answers will usually come to us out of the blue, sometimes in a dream or as a sign or symbol. The beauty of right-brain thinking is that it doesn’t make our head hurt like left-brain thinking can. Our lives would be easier if we would just leave a lot of our problems with our right brain and know that it can answer them for us.

The process by which our intuition solves problems is non-linear. This means it doesn’t make logical sense; you can’t follow a line of thought from the problem to the solution. It is as if the right brain gathers all the available information (some of which is not available to our conscious thinking brain), puts it in a container, shakes it all up and then extracts the answer. The answer appears to have just popped into our heads but it popped in there because the right brain’s intuitive non-linear processes made it available. We can’t make logical sense of intuitive processes because this is the essence of non-linear thinking – it’s not logical.