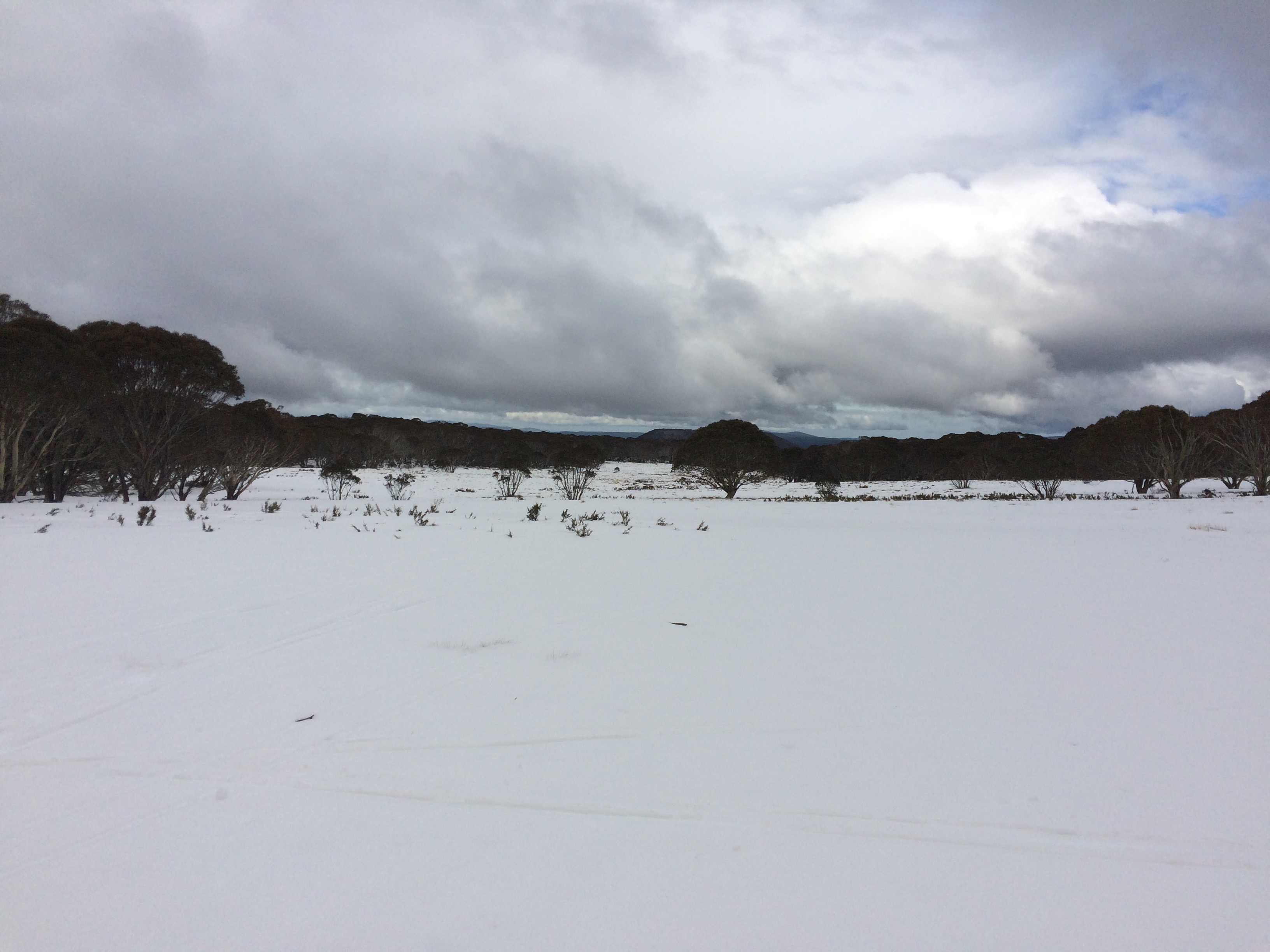 Outside the window a blanket of white covers everything and there is more of the white stuff falling from the sky. The wind is blowing the snow sideways and it looks a little bleak to be going out to ski. Looking through frosty glass from the inside it is a wonderland of white and grey.

We will venture out though because the trails beckon. New snow underfoot and our cross country skis will make fresh tracks as we climb out of the village to the newly groomed trails. There’s nothing like fresh snow for peace and quiet on the trail. The steady motion of the skis in the tracks and the mind settles as if in meditation. Each stride a glide on soft snow. Each breath a mist of warm air hitting cold. When the wind dies down the silence of falling snow is a wonder. Every flake an individual, together they float to the ground in little flurries.

The cold is invigorating but only the face is exposed. Cold lips and nose but the rest of the body is enveloped in wet weather gear; warm and snug in a cocoon. The gentle stride and glide becomes more of an effort as the hill looms large. Shorter steps, less glide, more energy. The breath becomes labored, the lungs and heart increase their work and muscles begin to burn. And at the top there is a rest as the skis glide effortlessly down the other side, following the tracks that have been made. If I have the courage I stay in the tracks and pick up speed. If I’m feeling some trepidation about the steeper gradient I step out of the tracks and snowplough down the hill; these skis aren’t made to turn easily.

There are large holes in the snow at the bottom of the hill where braver souls have let their skis run free; only to find themselves out of control. But this snow is deep, soft and forgiving and falling is a time of surprise and laughter. The snow welcomes the faller with a cushion of air and cold taking the breath from the lungs with the shock of impact.

The snow begins to fall more heavily and it’s hard to see as it clouds the glasses. Each step and glide becomes a moment of trust that the skis will follow the track. Out onto the snow plain and the wind picks up and the snow flurries bite into the exposed skin. Head down, into the wind and keep going, one step at a time until we reach the shelter of the snow gums now covered in white and bending with the weight. And on we go following the track, feeling the snow on our face, listening to the silence in the trees or the wind on the snow plains. Each hill a test of endurance as we climb up and a test of balance as we ski down.

There is so much joy in simply gliding through fresh snow. For some it is the exercise, for others a meditative calm and connection with nature, for me it is the wonder of the white stuff that gives and slides beneath my skis. Snow is yet another of earth’s miracles.